TO SEE MY ALL OF MY BOOKS ON AMAZON.COM
​YOU CAN CLICK ON THE BOX BELOW.

A SHORT VERSION OF MY AUTOBIOGRAPHY

My name is Dana Holyfield from Slidell, Louisiana, a small town outside of New Orleans.  I'm an independent self-published author.   In the early 90's, I had ventured to Hollywood to pursue a film writing career.  While there, I also pursued modeling and acting.   I got to do a lot of things, and finally co-produced a movie titled, "Infidelity" that I also co-wrote with the director/producer.  I was homesick for my family, and our unique laid back way of life in Louisiana.  So, I returned home and used my Louisiana swampy Cajun culture as the backdrop for most of my books and video projects over the years.

"Swamp Cookin' with the River People" was my firs cookbook published by Ten Speed Press in 1999.  It wasn't just a cookbook. It had story-telling, and lots of my photographs of swamp living.  Ten Speed Press also published the sequel, "More Swamp Cooking" in 2000.  Besides cookbooks, I also wrote a little documentary-style booklet about the legendary Honey Island Swamp Monster.  Being the Grand-daughter to the original Swamp Monster hunter, Harlan Ford, this has led me to many guest appearances on many TV shows that still air on the Travel Channel, Discovery, History, and Quest.  The shows include: Mysteries at the Museum, Fact or Faked Paranormal Files, America Unearthed, Swamp Monsters. Swamp People, Book TV, Fox News' Hannity's America, News with a Twist, WDSU Morning News, to name a few.   On a local platform, several years ago, I was featured in the "Go Swamp" Louisiana's Northshore St. Tammany Parish Tourist Commission video.   Besides writing about food and monsters, I have also written a few short novels, and children's books. But, still, my passion is writing screenplays and hopefully I will see them come to life on the big screen or the TV screen one day.
​
There is a lot more to my story that I may write it in a book someday.

TRAILER TO THE FILM I WROTE AND PRODUCED IN HOLLYWOOD
"INFIDELITY"

HERE ARE A FEW THINGS THAT I HAVE DONE OVER THE MANY YEARS
AS A SELF-PUBLISHED AUTHOR, PHOTOGRAPHER, VIDEOGRAPHER, ETC.

NOVELLA ON KINDLE, PRINT AND AUDIO BOOK, LINK BELOW.

GATOR DUNDEE - A Romantic Comedy Hot As Cayenne
is my latest release.  A short novella.  Available on Kindle and in Print on Amazon.

5 STAR REVIEW ON AMAZON
A 5 Star Review from one of the first readers the first week published on Amazon.  If you read my books and like them,  please leave me a review on Amazon.  It helps and is appreciated.
Sincerely,
Dana

ALSO IN PRINT ON AMAZON
​AND ON KINDLE

My Swamp Cooking Cookbook was reviewed on Book TV, on Local News TV stations and Radio Stations Nationwide when it was first released.  It was revised and republished. 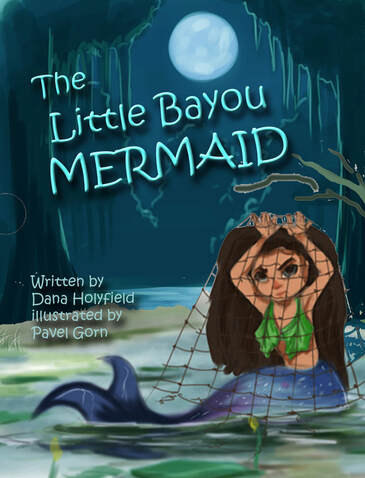 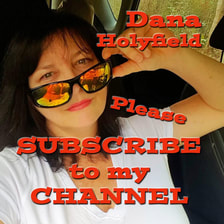 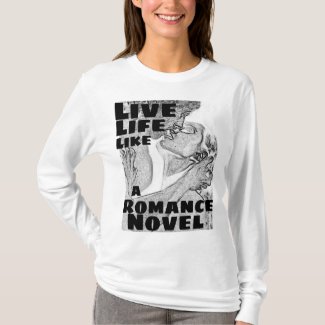 LIVE LIFE LIKE A ROMANCE NOVEL T-Shirt
by DanaHolyfieldArt